It's Official - we're going Down Under

Yes, Australia beckons once more - for me and Living First therapies! Ever since we realised this shift in our lives, life has been a...
2 views0 comments
Search

Well, this was some of the junk picked up on Saturday by a (relatively) small team of keen cleaneruppers... in what seemed like no time at all, 1 to 2 hours. #soworthit There is no doubt, as a life form with vested interest in the future habitability of this planet, we have to up our enviro-conscience game - individually, as a family, in groups and organisations. A word to the wise... There are so many hidden benefits in getting involved, it beggars belief that more people do
0 views0 comments

Re-using is a major part of the new ecology - planet friendly economics - beyond the financial alone. And I'd like to think I'm pretty good at it. It's a skill that has been passed down to me, and the rest of my siblings, from my mum. Some might say I'm tight, I have a different viewpoint. As some of you will be aware I have recently moved home. A second downsizing in six years. Great for simplifying living. What is surprising is the keepers, of which there are many. Two were
0 views0 comments

Just visited Ikea to return spare parts (all those extra bits and pieces - and not forgetting the Allen keys of course), packing and plastic packaging... They were thrilled !!! Truly, properly happy... and surprised... Apparently it's rare for customers to take this stuff to them. So, next time you buy, set all that extra stuff by, separating the extra parts from the packing and plastic packaging, and return it on your next visit ! #News #Inspiration #GoodPractice #Snip
2 views0 comments

The future is a constant presence in the present, intermingled with everything we have ever lived. All of which makes life rather complicated to say the least. There are so many forces at play in any one life that it is impossible to make sense of anything... and yet, we do, and things do 'make sense', because our senses can tell us everything we will ever need to know - when we let them. I took this photo on the spur of the moment... it is a representation of my future alive
0 views0 comments

I am without doubt old school with a nod to technology as a tool - an aide memoir, a means of communication, a calculator, a typewriter, a journal and library. This became all the more obvious today when I was getting a second quote for carpet fitting. The digital age version had visited the day before, with samples, just not the one we had chosen, because 'the producer had stopped producing carpet'. You maybe aware that polypropylene carpets are flying off the shelves just n
0 views0 comments

... use of my phone. I moved home and never thought for a moment I'd have difficulty with phone coverage. I mean, waaaay back in 2011 I had coverage in the middle of the Maasai Mara... so, really - Devon ?!? It was a bit of a you know what, because my contract had only expired a month earlier, so I'd already switched once. Which, by the way, had gone like a dream. Lulled into a false sense of security, 10 days ago the saga of switching providers began. No coverage, so I began
0 views0 comments

Home is where the heart....

Happy St. Valentine's Day! So, yes, home is where the heart, and everything else that's you, is. My everything has brought me to the town of Dartmouth, with my hubby of soon to be 40 years! Where is your 'everything' most at home and with whom? #Snippets #Inspiration #News
0 views0 comments 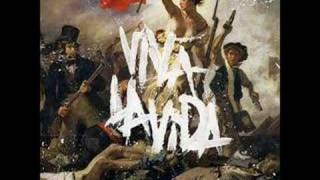 Happy February everyone... aren't the days getting longer already ! Oh dear, shorter for those of you on the flipside of the equator... what can I say... Yay! Autumn ! '42' by Coldplay came up on my shuffle yesterday on the drive to my mum's, and I was struck by the line: 'You didn't get to heaven, but you made it close' It was one of those striking home, clearing, freeing, enlivening and strengthening moments that organic, life-enhancing transformations are all about. What m
0 views0 comments

... pears are good for you One a day, preferably at morning tea or thereabouts will do you the world of good... inside and out. Don't believe me? Google, 'health benefits of pears' Enjoy ! #GoodPractice #Snippets
0 views0 comments

Yes, just living can be transformational in an holistic, life-enhancing way. So, how do you get to live this way? Here's a tip: The next time a life-enhancing event takes place, savour it, immerse yourself in the wholeness of you, life and everything. Open yourself to the pleasures of restorative sleep, then sleep on it, or have a few sleeps on it to ensure the fullness of the event has its effect on everything you are. You will thank yourself for it in the long run. Here's w
0 views0 comments 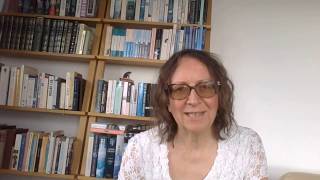 Go and Get Spooked

Panic is a valid emotion, its disorder leads to all forms of anxieties and is the result of PNS and SNS incohesion. Hallowe'en is a great time to go out and panic for real. Once your body experiences panic for real in a relatively safe environment it can begin to untangle and become more animated for real. #Articles #Inspiration #Snippets
0 views0 comments

That's the problem with finding a niche for yourself in life... it can develop into a rut... The thing is we all do it, quite naturally and organically. I'm talking about, securing ourselves in ways of functional, physical, emotional, rational, spiritual & soulful being that were only ever meant to suit the moments they were lived. ... and the downsides are too numerous to mention... We don't like it, but we can't help ourselves. We don't like it in ourselves, and certainly n
0 views0 comments 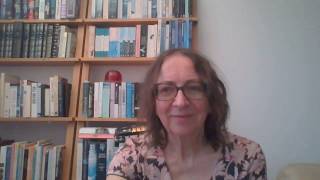 The word on the street...

Today's a day for relaxing, softly replenishing and being your flow... #Snippets #News
0 views0 comments

Be sluggish ! Everything just now is drawing out lethargy... the universe... the weather. We will all respond and live differently through this, but no matter what, it will be having an impact on everyone... Just now, we need more time and space than ever, and you know what that means don't you... whenever we need space, the world closes in. Take time out ... Even if it is just for 5 minutes, take time out from everything, be wherever you are most at home... and be sluggish.
0 views0 comments

... out there just now No matter how war torn your life just now, make space for some time out. #GoodPractice #Snippets
0 views0 comments
1
2